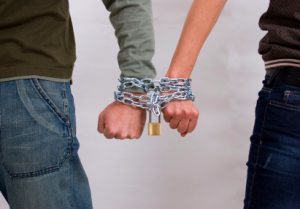 Do you have an exaggerated sense of responsibility for the actions of others? Do you have a tendency to confuse love and pity? Are you attracted to people you feel you can rescue? Do you put in most of the effort and then feel hurt when people don’t recognize your efforts? Do you have an extreme need for approval and recognition? Do you feel guilty when you assert yourself?

If you answered “yes” to any of those questions, you may be codependent. In fact, most people raised in a dysfunctional family or with a chronically ill parent are codependent. And because most American families are considered dysfunctional, many individuals growing up in the United States are at risk for becoming codependent.

Codependency involves consistently sacrificing one’s own needs in order to meet the needs of others. Although the term originally applied to spouses or children of alcoholics, researchers began to realize that the characteristics of codependency were much more prevalent in the general population than originally perceived.

Dysfunctional families do not acknowledge the problems that are creating the collective pain within their own family system. These families have no communication or confrontation about the real issue (alcohol, drugs, mental illness, etc.). As a result, the family members learn to repress their emotions and disregard their own needs. They develop certain ways of coping that help them deny or ignore difficult emotions. They detach, and their personal identities get lost in the process.

Codependency is an emotional and behavioral condition that interferes with an individual’s ability to maintain healthy, mutually satisfying relationships. Codependent people often form or maintain relationships that are one-sided and emotionally destructive and/or abusive.

Codependents suffer from low self-esteem, and they look for anything outside of themselves to feel better. They have good intentions and will care for a person who is experiencing great difficulty. However, their caretaking becomes compulsive and self-defeating. Their repeated rescue attempts will allow the needy person to continue on a destructive path, only increasing dependence on the codependent. The codependent will then develop a sense of satisfaction from being so needed. However, over time, the codependent will begin to feel resentment for not getting much in return. But by this point, the codependent is so involved in the relationship that he or she feels choiceless, helpless, and stuck--unable to break away from the cycle. Codependents are attracted to weakness in love relationships as well as friendships, because this is a sign that they will inevitably have the opportunity to feel worthy.

There is help for codependents to recover and change. The first step is getting guidance and support. The symptoms of codependency are so deeply ingrained and habitual that they can be difficult to identify on your own. Treatment includes education, exploration into early childhood issues, examining relationships and destructive behavior patterns, and identifying buried feelings. If you are ready to create the change you need, contact me today to schedule an appointment in my Longmont or Boulder, CO office. 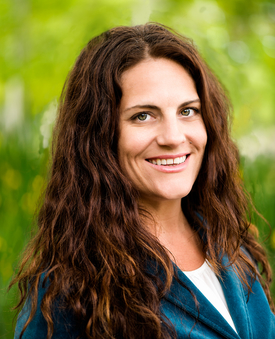